Steve Jobs wasn’t a close personal friend. Rather, I’ve spent quite a lot of time reading his biography lately. It’s a big beast of a 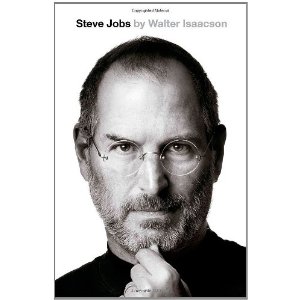 book that I might not have had the time to read had I not had many hours to spare when my daughter was in the special care unit at Homerton Hospital….premature babies sleep a lot, and so I spent many an hour beside Ava’s bed reading about Steve Jobs – sometimes to myself, and sometimes aloud to Ava while other parents could be heard reading fairy tales to their children in the various languages of all the nationalities present in the ward.

What’s inspired this post is a slightly more abstract theme mentioned throughout the book, a concept familiar to me but one I hadn’t seen identified and explored at such length before.

It’s best described with a quote (from Jobs himself) that appears close to the end of the biography:

Edwin Land of Polaroid talked about the intersection of the humanities and science. I like that intersection. There’s something magical about that place. There are a lot of people innovating, and that’s not the main distinction of my career. The reason Apple resonates with people is that there’s a deep current of humanity in our innovation. I think great artists and great engineers are similar, in that they both have a desire to express themselves. In fact of some the best people working on the original Mac were poets and musicians on the side. In the seventies computers became a way for people to express their creativity [pages 567-8].

I like to think about computers helping people to express their creativity, and I couldn’t help but to think that social media has simply been an extension of this. For me, END_OF_DOCUMENT_TOKEN_TO_BE_REPLACED