When I read about Steve Jobs death this morning (on my Liverpool Street bound train on the way to work, many hours after the news had been widely reported in the USA and beyond) I fell into a bit of a reflective mood focused on all the contributions this man has made over his years at Apple.

Switching from my BBC News app to Facebook, I saw several “RIP Steve” entries from friends and acquaintances around the world, many of which included comments such as “I don’t know what I’d do without my iPhone”. 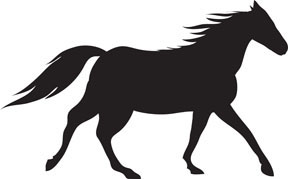 As the happy owner of an iPhone I’d never look to trivialise it, but the posts stood out as odd to me simply because when I think of Steve Jobs, I think of quite a lot more than iPhones, iPads, or even the iMac generation of products that marked his return to Apple.

I think of him as a dynamic marketing and User Experience (UX) expert – someone who knew the true nature of consumers and the market so well, he wasn’t afraid to *tell* people what they wanted.

Quite possibly the best way to describe it is with “that” quote from Henry Ford who said:

“If I’d asked my customers what they wanted, they’d have said a faster horse.”

I have no doubt thousands of others will have already made this comparison between Ford and Jobs, but to me there is no simpler way of describing his marketing genius. He was beyond clever, knew human behaviour well and applied true creative genius to produce products that have revolutionised personal computing and entertainment.

More on Steve Jobs and Marketing

I wanted to write a post like this: Five Ways Steve Jobs Changed Marketing, but someone else has already done a great job, so I’ll leave you to read and enjoy.